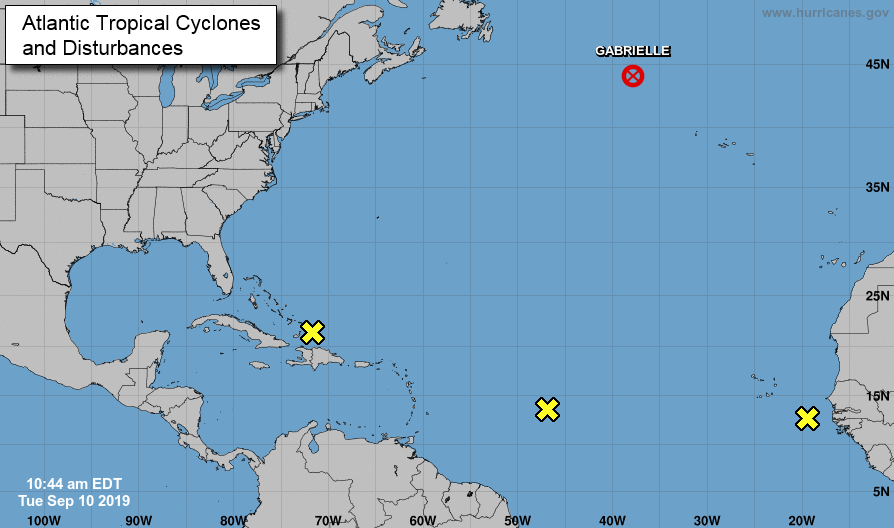 The US National Hurricane Center highlights three disorganized systems in the Atlantic that are risks in the days ahead. However all three are estimated to have a low probability of developing into dangerous storms.

For the system nearest to the US the see a 0% chance of formation into a tropical cyclone in the next 48 hours, rising to 30% over the next 5 days. At that time, it should have crossed the Florida peninsula. Once it hits the warmer water of the gulf of Mexico, it could spin up and threaten offshore production and oil transportation. But in all likelihood it will fizzle.

The next 48 hours may be key for the second system with some development likely in that time. The NHC sees a 20% chance of a storm formation. Beyond that, the winds become less favorable.

The third system is early in its lifecycle as it rests just off the coast of Africa. It will be one to watch but it will take more than a week to truly develop. The NHC sees just a 20% chance it develops into a tropical cyclone in the coming five days.